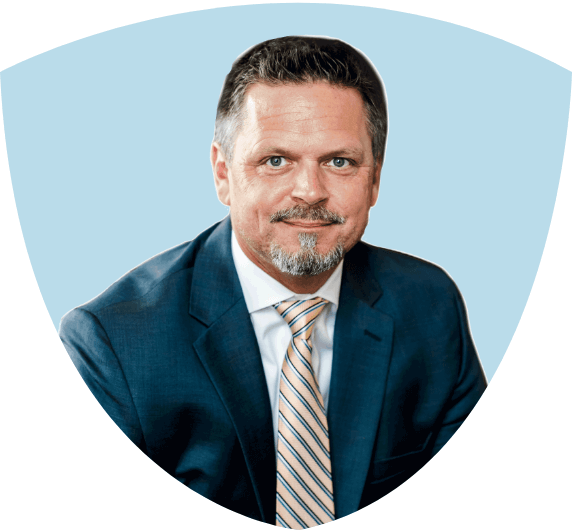 Phil Pilgrim graduated from the University of Georgia with a Bachelor of Science in Psychology and a Bachelor of Arts in Criminal Justice. He attended Georgia State University College of Law where he earned his Juris Doctorate.

During law school, Phil clerked for Judge Steve Jones of the Western Judicial Circuit who is now a United States District Court Judge for the Northern District of Georgia. Phil also worked as a prosecutor under the 3rd Year Practice Act for the Forsyth County Solicitor General’s Office and the DeKalb County District Attorney’s Office. After Law School, Phil returned to Forsyth County in public service as a prosecutor. During his time working for the State, Phil spent 75% of his time in court. He obtained the position of Senior Assistant and was the Acting Assistant on the Forsyth County DUI Court, prosecuting hundreds of DUI cases.

During his time there, Phil was very active in the training of Law Enforcement on the subject of DUI Detection and Enforcement and courtroom demeanor and testimony. He spent quite a bit of time at the Georgia Public Safety Training Center in the City of Forsyth, which is where many officers receive their Mandate Training.

Phil left public service in 2007 and until 2013, Phil was a partner at the Law Offices of Epps & Pilgrim, where he was charged with primarily managing the firm’s criminal cases along with being a member on all teams for trial work that the firm undertook.

In October of 2013, Phil opened Carter/Pilgrim with Amy Carter. Though the office personnel has changed, Phil’s dedication to his client’s interests has not. He has an extremely successful trial record and consistently exceeds the expectations of his clients with integrity and professionalism. Obtaining the client’s goals is always a source of pride for Phil. He is an experienced trial lawyer (and yes, there is a difference between a LAWYER and a TRIAL LAWYER). He has tried a countless number of cases before judge and jury ranging from misdemeanor cases of DUI to felony cases of murder.

On a personal level, Phil comes from a working-class family. He understands that his job is easy compared to what his father, uncles, and grandparents do for a living. Knowing that he has a tremendous amount of respect for what they do and he takes great pride that he is in a privileged position to help people through this line of work.

He is a devoted husband and father. When not working, he spends all his free time with his family and friends. He is a member of The Vine United Methodist Church where he volunteers every Sunday. His Faith, Family, and Friendships are the most important things in his life. Phil is confident that fervor for those three components in his life furthers his abilities in representing his clients.

Everything Phil does in life, he does with 100% commitment. There is no reason to do it if you are not going to do it well. He lives by that mantra.