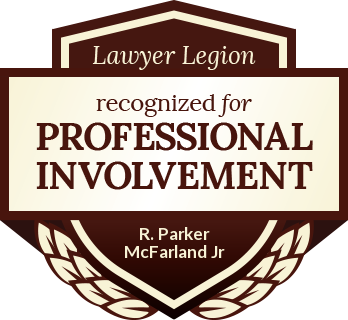 Attorney R. “Parker” McFarland, Jr. is a fourth generation attorney whose mission is to restore lives shattered by wrongful death and serious accidents and injuries. Parker’s great-grandfather, John Alexander McFarland, started practicing in 1905 and quickly became a prolific trial lawyer who won 2/3 of his cases. His son, Parker’s grandfather, Joe Alexander McFarland, was president of his law school class at Ole Miss and was a county attorney and circuit judge in Jasper, Mississippi. Joe McFarland was so well respected that he was invited to be a judge at the Supreme Court of Mississippi.

Parker McFarland graduated from South Forsyth High School in 1994, and obtained his B.A. degree in English at Covenant College. He earned his Juris Doctor degree from Mississippi College of Law in 2001, although he completed his final year of law school at the University of Georgia. Parker practiced law with his father, Robert “Bob” P. McFarland, Sr. at McFarland & McFarland, P.C. from 2001 until his father’s retirement in 2015.

Following a merger, Parker McFarland was brought to this firm as a partner in 2015. Since that time, the firm has been voted “Best of Forsyth” four consecutive years. Parker is a trial and appellate lawyer whose practice focuses on serious personal injury and wrongful death cases arising from auto accidents and others’ negligence. Parker has secured many significant recoveries against auto insurance companies for serious injuries and wrongful death both pre-litigation and post-litigation.

You need a personal injury attorney who will fight to the end – until you recover for ALL of your losses. Parker is admitted to practice in all state, superior, and appellate courts in Georgia as well as the United States Supreme Court. Call the skilled attorneys at Banks, Stubbs & McFarland, LLP today for a free consultation.

Parker is a member of the North Forsyth Rotary Club. Parker serves on the Board of Directors of Four Streams Partners, a mens ministry which partners with John Eldredge’s Wild At Heart group in Colorado. 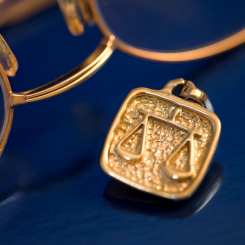 “Parker represented me in a personal injury case (automobile accident). I had grown weary in dealing with insurance company in an effort to retrieve the minimal medical expenses incurred. As it turns out Parker was able to settle for 5 ½ times the amount of the medical bills! The investigation into the at fault driver’s driving history and the briefing on potential punitive damages caused by a pattern of dangerous driving made the difference. I am grateful for Parker’s expertise in as much as I am for his professionalism, genuine care and concern.”

Questions? Do You Want To Talk To A Lawyer? Contact Us.